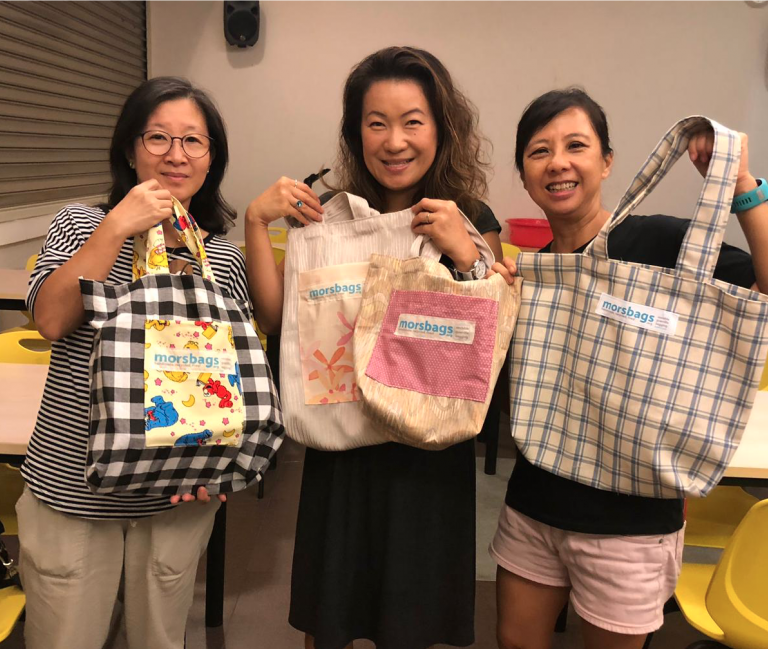 Make your own reusable bag

Plastic takes about 400 years to degrade so until today, much of the plastic left behind by our earlier generation still exist till today and we are adding on to that growing number on a daily basis. A research was done and published in 2015, which estimate that 8 million metric tons of plastic ends up in the oceans every year. That is the equivalent to five grocery bags of plastic trash for every foot of coastline around the globe.

We may not be able to completely stop using plastic but by making conscientious choices, we can perhaps slow down this figure if this becomes a collective effort.

One of the most commonly use plastic waste we see washed up on the beach would be the plastic bags we see everyday.  But instead of running out now to buy the next reusable bag to replace which most people have but end up sitting at home and contributing to another set of problems,  there is a movement globally  in making use of your old clothes, bedsheets which no is able to serve its intended purpose, into a recycle project – MorsBag

The birth of the Morsbag started in 2007 when a young lady Claire Morsman who decided to take action when she witness the death of a whale cause by the tons of plastic it has swallowed and the numerous amount of plastic waste floating around her home like jelly fishes in the water. The concept is to use whatever unwanted fabric one have a home and breathe new life into it by making it into a new recyclable bag and give it away as gift to anyone that could use it. The instructions are found easily downloadable online and the movement has grown so big that you can find a community (known as “Pods”) near to you and join in the activity. Each bags takes about 20 mins to make.

In June we decided to come together in CDM as part of the school holiday to form our own little pod and start making some!

A reusable bag which is made out of fabrics that has been given a second breath of life. Give it away as gift or even use it to wrap your presents to save on those wrappers!